I hope that someone can help me.
I just finished a Clouds Full Kit by Synthcube. My first SMD project.
I solder everything and first plug it in to my PSU, turned the system on and the PSU didn’t like it very much. I tried it plugging it while the system was already on. No problem.
But I started to notice that IC7 (LM1117 3.3V regulator was very hot). After checking for errors, I couldn’t find any. No power issues, no components missing, no bridges, no caps the other way around.
I noticed that my output module was picking up a high pitched square wave. I tracked it down to the +12V rail, the responsible was Clouds. I checked IC7, if the output voltages were right, I measured ~2V, so I lifted IC7 and the noise was gone. Connected IC7 to the 12V it outputs 3,3V.
I soldered it back and started looking at the +12V rail, didn’t catch any problems, thought I could be a noise filtering cap. So I lifted C26, C27, C31, C39. No luck.

Can anyone give me some advice?
Thank you very much in advance.

Since you replaced the regulator, the issue persists? If it got that hot before it may be an idea to replace the regulator entirely. Once something goes wrong with power there's no telling how far the damage could have spread...
Top

pjbulls wrote: ↑
Thu Jan 14, 2021 2:30 am
Most CV inputs on MI modules pass through attenuverters, not attenuators. The difference is that an attenuverter can change the amplitude as well as the sign of the CV: 0% near center, +100% fully CW, and -100% fully CCW.

Are you sure you're not actually inverting your CV, and that it is fully attenuated near the pot's 12 o'clock position?

Alright I just did some more tests and what I was thinking was an inversion was really just me not realizing how envelopes and CV actually work lol. I always thought they added voltage on top of what was set but now I realize they revert the parameter to 0V and then raise to the desired level and then back to 0V. Makes perfect sense in an on-off use, but in a drone it felt so extreme (I pretty much exclusively use LFOs). Just need to apply an offset. Thanks for putting up with me

pjbulls wrote: ↑
Thu Jan 14, 2021 11:53 am
Since you replaced the regulator, the issue persists? If it got that hot before it may be an idea to replace the regulator entirely. Once something goes wrong with power there's no telling how far the damage could have spread...

Thanks for your answer.
Yes the problem persists. I checked that the regulator was working properly by itself and it did. It outputs a precise 3,3V. And without the regulator the module is silent.
A weird thing is that I got like 500ohm resistance between 3v3 and ground, which is weird. I checked the other regulator and is the same, checked with my factory rings, and the resistance between 3v3 and ground is the same.
So I guess is all good...
Top

Troubleshooting - where to start?

I have a DIY Rings that worked perfectly for a day before dying when I changed the polyphony setting.

I’m guessing I have a failed component and would be grateful if someone could suggest a systematic approach to troubleshooting this.

EDIT: Reflowing the electrolytic caps did the trick.
https://strandloper.bandcamp.com/releases
Top

Hey all, Trying to get to the bottom of a couple of issues with my Stages build. Output 3, and 4 LEDs are non responsive. I've tested them with a multimeter and both work as they should. I've also got some strange voltages going on. All outputs are kicking out around 10v, except for output 3 which is approximately 5v. I have successfully flashed the STM, and the module enters calibration mode as it should. i've checked and confirmed continuity on N$6, N$9, N$10 and N$43 pins from the LED driver. Some photos below for references.

I did wonder if I've perhaps misread something, or made a mistake from Forest Caver's excellent flashing and calibration notes that might explain the voltages, but have triple checked and I believe I'm following them to the letter.

Just wondering if anyone else has experienced any similar weird behavior with their builds? Thanks a million in advance for any ideas, pointers, or general comments if you think I'm missing anything glaringly obvious! 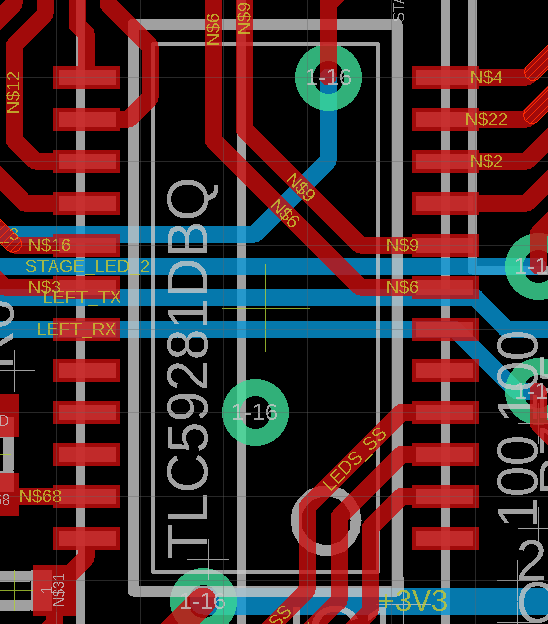 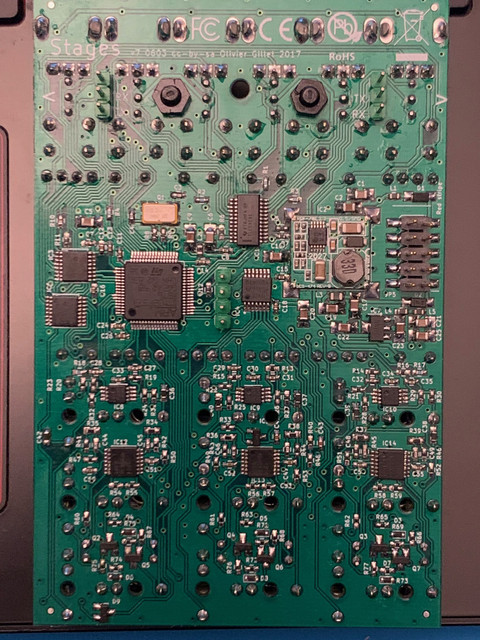 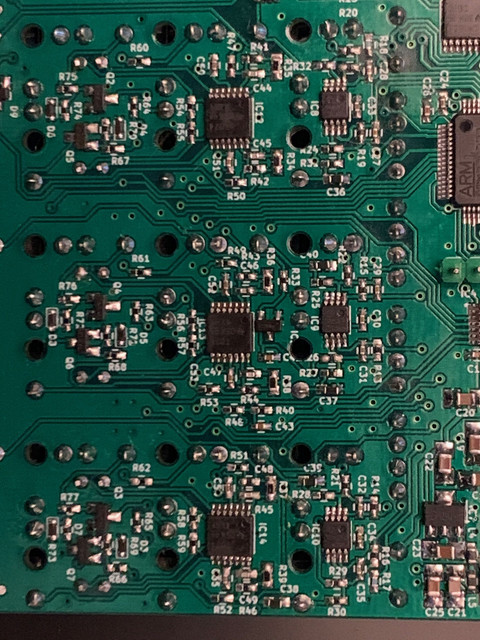 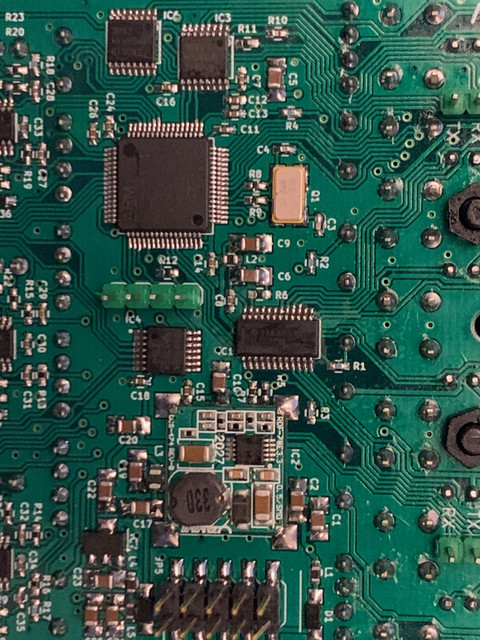 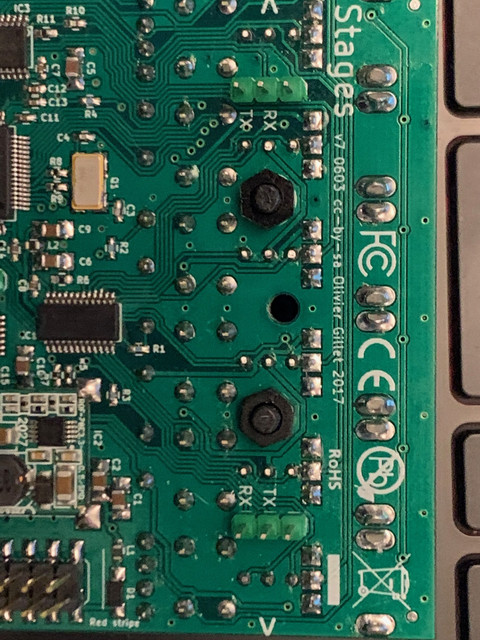