Opera Rotas has the weirderst workflow. Even if you can insert and edit notes and parameters one by one, like "normal" drummachines, where the magic happens is when you engage in his "auto" mode. In this mode it performs a kind of parameter lock of the current channel setting, and in every step in jumps to the next channel, editing the parameter that you are currently tweaking. It produces all kind of serendipitous movements and sonic mutations, ranging from techno, to chiptune and sometimes touches of classical mussic and alienesque landscapes.

It´s truly difficult to explain, but dead easy to get into that flow and improvise all kind strange textures and patches. I guess the better way to understand how it works is with a video jam.

At the core it has a real Yamaha OPL2 audio chip. And live sounds bonkers. Brutal, it´s all body, weight while being crystal clear and punchy. Really the videos doesnt do aural justice but it serves to get an idea. There will be coming decent audio demos in my souncloud soon.

The firmware is a work in progress. Too much ideas. One branch of the firmware consist in attaching a midi keyboard to it and convert it in a fully fleged polyphonic synth.

I will open source the beast in some moment, just asking for the people for not to do commercial PCBs of it, as I sell it in my tindie. If you get one PCB or kit you can ask for the source code to tweak it if you will.

An AphexTwinesque sounding jam. All demos are realtime generated, no previous writing of patterns or instruments. It´s all on the fly (this was the previous prototype):

OPERA ROTAS uses a OPL2 board that you have to get separately from his creator and my colleague, Maarten Jansen here or directly at me if I have spares:
https://www.tindie.com/products/cheerfu ... dio-board/

The screen works perfectly even if in the videos you see the flickering of the camera. It is based around an arduino blue pill stm32, so it has a lot of memory and extra cycles to keep developing the firmware.

Currently it has no memory to save states or songs but you can connect it to the USB and do backups here. This part is still in developing. Potentially I could even write an VST to interface it with the DAW, but not sure if it´s happening. I have never written an VST... Maybe if somebody decides to do so.

Potentially is super easy to get an stream of the song played in realtime and save it in the VGM format. This is the native format of the yamaha chips (used, for example in consoles as the Sega Genesis / Megadrive, which is a close cousing of this OPL2. The megadrive one is the OPN2. I will probably write this song capturer in any moment.

Finally, this is the previous prototype with no leds nor screen. It runs on the venerable arduino nano. I have 8 spare PCBs to sell if somebody wants to build this version. It´s 100% playable even without the screen but the firmware will probably stop the developemnt there. So if anyone is interested, send me a message. I can do it for 50€ shipping included while it last.

One floating idea is to port part of the Mutable grids code too, so you can "grids" the machine.

Should be feasible. The amount of possibilities are endless. Any ideas or suggerences are welcomed and encouraged

Or perhaps the other version:

Great... I didn´t know about the opera molas version. I thought opera rotas was the only know magic square in existence

So this is for invoking femenine spirits? Juicy...
https://www.tindie.com/stores/jc2046/
Top

Is there a manual somewhere? I'm curious about the details on how it works.
Top

fantastic sounds! curious about the specs too.
http://www.reverselandfill.org
https://www.etsy.com/shop/ReverseLandfill
Top

Enjoyed the glitch storm, this looks very interesting too!
Yes, a rough manual would be cool!
He who eats with most pleasure is he who least requires sauce.
Xenophon
Top

Sounds really cool, curious for more details. Is the audio coming out of the OPL2 card?
Top

Ok i found the info, but mothingbregarding to sync?

SphericalSound wrote: ↑
Sat Jun 13, 2020 6:40 pm
Great... I didn´t know about the opera molas version. I thought opera rotas was the only know magic square in existence

So this is for invoking femenine spirits? Juicy...

There are a few more magic squares of this nature. Scope here for naming your future projects. 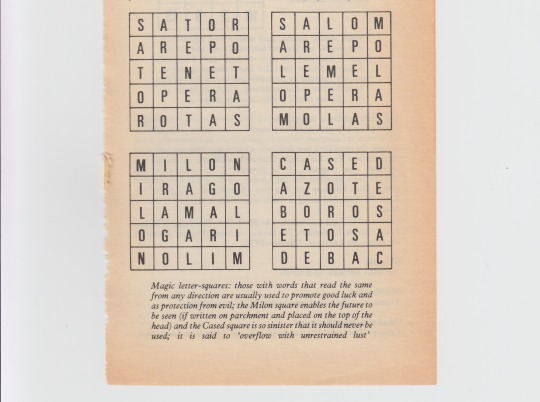 Never heard of magic squares... Every day is a school day

Will there be more kits on your tindie page soon?
Top

ATM Im polishing the sequencer and optimizing the workflow, so until this is more set in stone, functions and key combos go and come as I find the most flexible and confortable ones. Once I get it more or less final I will write the manual.


notmiserlouagain wrote: ↑
Sun Jun 14, 2020 4:17 am
Enjoyed the glitch storm, this looks very interesting too!
Yes, a rough manual would be cool!

Thanks!. I love it too. In writing a new update for the glitch storm too. Should be ready in no time


Sounds really cool, curious for more details. Is the audio coming out of the OPL2 card?


Yes, it comes directly from the OPL and is like nothing you have heard before. The audio quality is espectacular. Just wait for people to listen live to it and give its impressions...

Ok i found the info, but mothingbregarding to sync?

Not yet implemented but it should be accepting midi in (so it can sync tempo) and also producing midi out via USB, so casting tempo too. This is not definitive as I can find some irresoluble trouble, but it seems I could implement both. It just need some time.

So cool all that magc squares

Yeah, there should be more kits and pcbs in 2-3 weeks


There´s so many details that I dont know where to start. Like it´s 8 channel polyphonic and with 8 multitimbral parts too. If you have specific questions or suggerences just shoot it
https://www.tindie.com/stores/jc2046/
Top

woo awesome! def want one. are you planning on a proper enclosure for it ? not a huge deal ,bit hard to see if its possible. also can you sync it to MIDI?

Thank you!. Not ATM but there´s two guys that could build it. One works in metal enclosures, the other does cut wood with CNCs and lasers. I guess there will be an enclosure in some moment.

The MIDI is not implemented yet, but it should do midi in by connector and midi out by USB. Hopefully it will be operative in some days / few weeks.

The audio in the videos is totally lackluster... Live is out of this world

thats brilliant, thank you. id love a metal enclosure. sorry one more question does it have separate outputs for the sounds? also if youre tinkering with MIDI if it could also send MIDI notes out that would be superb.!

This looks (Edit: sounds) great, and I’m interested in a kit next run.
Cheers
Top

Paradigm X wrote: ↑
Tue Jun 16, 2020 4:59 am
thats brilliant, thank you. id love a metal enclosure. sorry one more question does it have separate outputs for the sounds? also if youre tinkering with MIDI if it could also send MIDI notes out that would be superb.!

Very excited, will def grab one in the next run, thanks for sharing!

The Yamaha chip make the inner computing and summings of the 8 channels and send it to the DAC, so Im afraid it´s not possible to separate the outputs .

It will, most probably, at some time do midi out of the 16 pots and 16 buttons, but I dont think I will add the midi keyboard too. I have a touch capacitive keyboard doing this and way more coming...

This looks (Edit: sounds) great, and I’m interested in a kit next run.
Cheers