I figured the clock issue out, and it was once again the Nat Semi LM301AN. So it's not just the compensation pins, as I mentioned on the VCO build. I managed to dig up one last metal can 301 from my parts to test, and the clock now responds to the full range of pot movement. The Nat Semi part would just stop oscillating below about 5Hz.
Top

We've now stocked the LM301AP for use in this and the VCO module as well...

I bought a bunch of LM301AN from Pharmasonic in the last year so I had an interest in figuring out if the issues were always that chip or maybe a bad date code? (answer:) those were fine.

I swapped LM301AN chips in the 709. I got what sounds like identical results to appliancide with JR67ACE3 date code (not Pharmasonic sourced). The clock output nothing until the last 25% of the pot turn similar to the reported issue.

So that test would say the JR67ACE3 date code on an LM301AN is at least badly out of spec
Last edited by ndkent on Wed Jan 20, 2021 5:04 pm, edited 1 time in total.
http://nickkent.net
twitter youtube more youtube soundcloud
Top 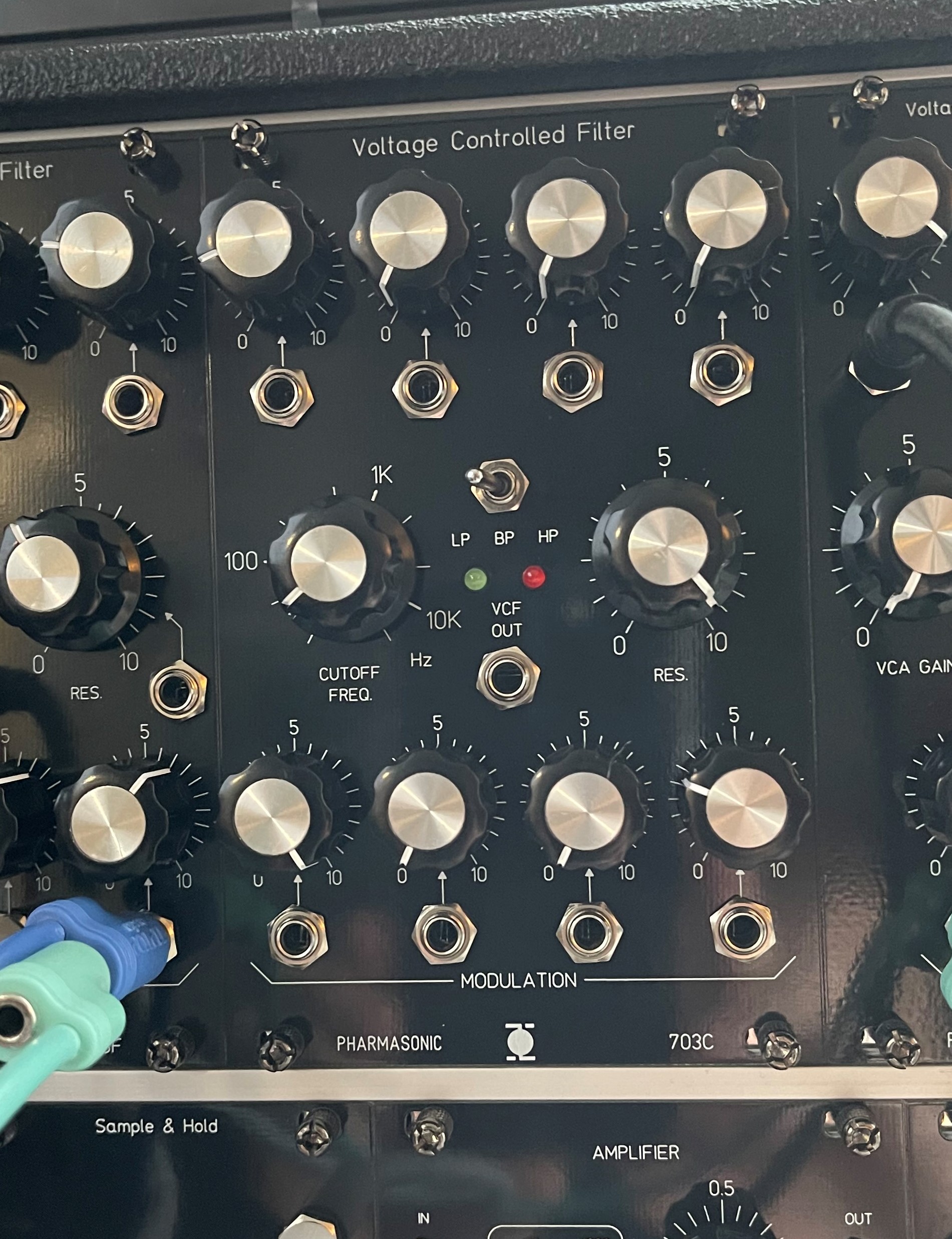 No issues building this one. As before, I used my MFOS 1V/Oct calibrator to calibrate the frequency width and offset.

It sounds excellent! A loud, and potentially wild, compliment to the 703F's warm and reliable bassline comfort zone. 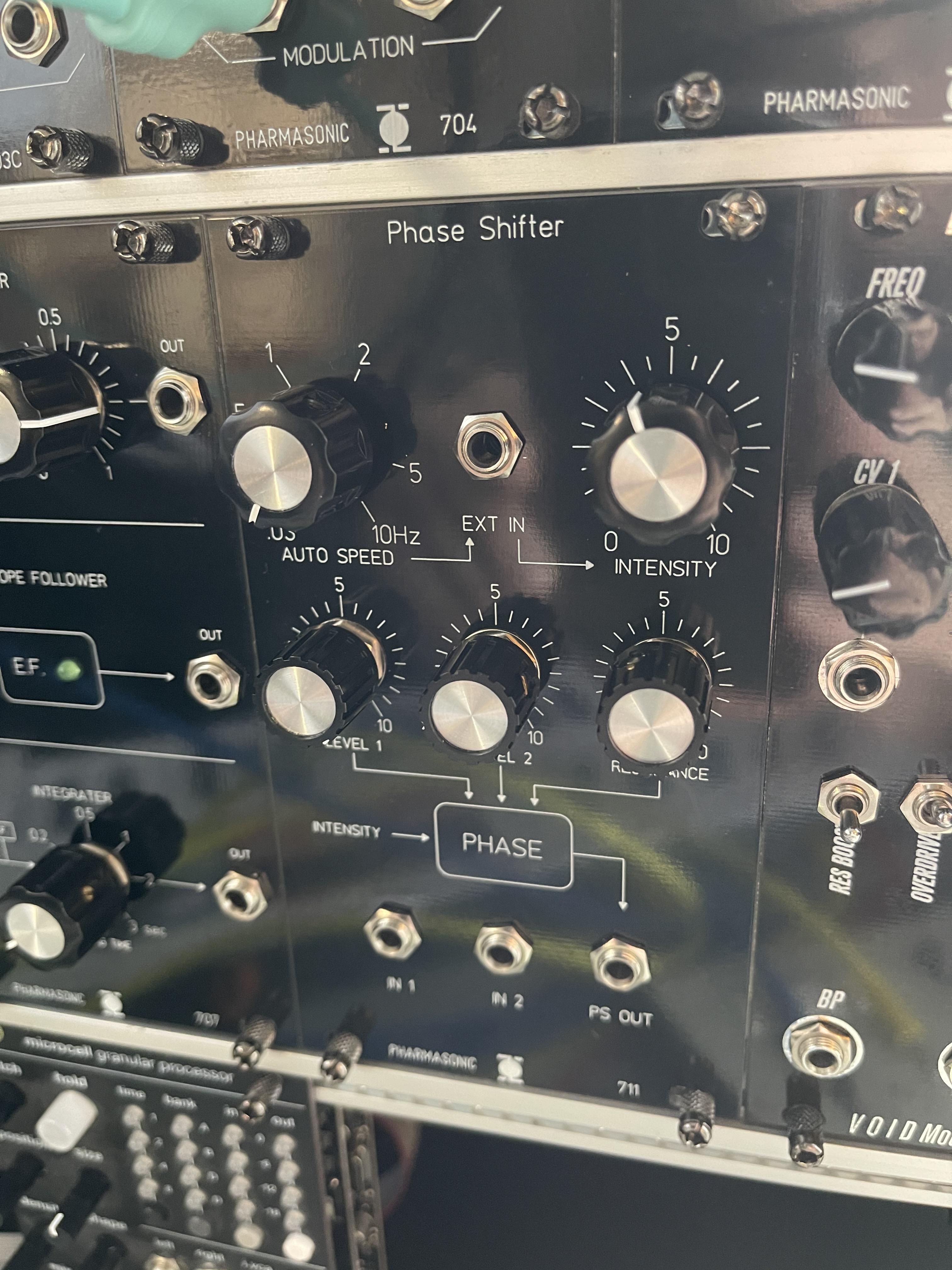 Another trouble free build. It's one PCB and fairly densely packed with parts, so if you are using taller electro caps, you can simply mount them on the back (power connector) side of the PCB like I did. I will probably eventually go up on the two knob sizes to make it match the rest of the system (same with the previously posted mixer), but it looks pretty good as-is, so that will just be an afterthought on my next order.

Calibration is basically finding the sweet spot where the phased sound doesn't clunk off at the deepest setting. There's always some phasing, which I assume is typical. Maybe there's a bit more sweep when it's built for +/15V, but it sounds just like the demos I've heard online.

I have decided that I will most likely commit the entire Doepfer case pictured previously to System 700 modules, with maybe a few visually-similar outliers. With two more VCOs and one of each of the 14 other currently available modules, I am left with 26hp. I debating between a second 705 ADSR module with a FCUK dual XVCA (or something similar), or maybe a Rampage and some 8hp VCA or LPG that fits the look. Or maybe I forgo my DIY puirty and add a few Doepfer vintage modules (hey they fit the look). I'm leaning towards a second 705, since Roland envelopes are so great, and one of the keys to the "Roland sound".
Top

Some sights and sounds featuring these kits: