Question is:
Does it sound like Buchla or Eurorack?
I just started my Buchla 200 clones system, (6 modules in).
I do notice a slight difference in the quality of sound vs. my Eurorack system, (unless I am just telling myself that because its gonna be an expensive venture). I am getting great sound from my Eurorack, no complaints.
Muffs Gear For Sale:
viewtopic.php?f=74&t=227260&p=3244282#p3244282
Soundcloud :
https://soundcloud.com/user-724454325
Top

Is there any updated on the preorders shipping?
Top

Have you seen and heard the demo videos?

yes, only quickly though.
I mean to compare them in person, in my studio, coming out of my JBL 4411's.

cyberdine wrote:Is there any updated on the preorders shipping?

I'm also curious about this; I haven't received an invoice or anything just yet. Hopefully soon?

I dont think I need to replicate what I have in my Eurorack into Buchla at this point. (Rings, Braids, Elements, Synth Tech etc)

WeepWow wrote:Interested in hearing about the Buchla Mutable Braids et all, when they are available, pricing, etc.

They're being released one at a time, the first is the DAO. No pricing or ETA for the others yet, but they are being actively developed and tested.


cyberdine wrote:Is there any updated on the preorders shipping?

I'll be contacting everyone today to request shipping details and payment for the remainder. Thanks to everyone for being patient.
Grayscale [ FB IG SC VM ]
1979 [ FB IG ]
VCV Rack
Modular Shirts
Top But seriously, thank you for the update. Can't wait to play with the DAO and all the others!
Top

As of today, most DAO preorders have been shipped. A few will have to wait until next week, but all preorders will be fulfilled by the end of the year.

Thanks again to everyone for their patience. I never expected the panel shop to take 10+ weeks to supply correct panels and will be using a different supplier for future modules.

Looking forward to seeing what people create, please feel free to post videos, etc here or tag @grayscalemodular if you're an Instagram user. I'll be doing some videos as well, once I'm caught up on shipping. 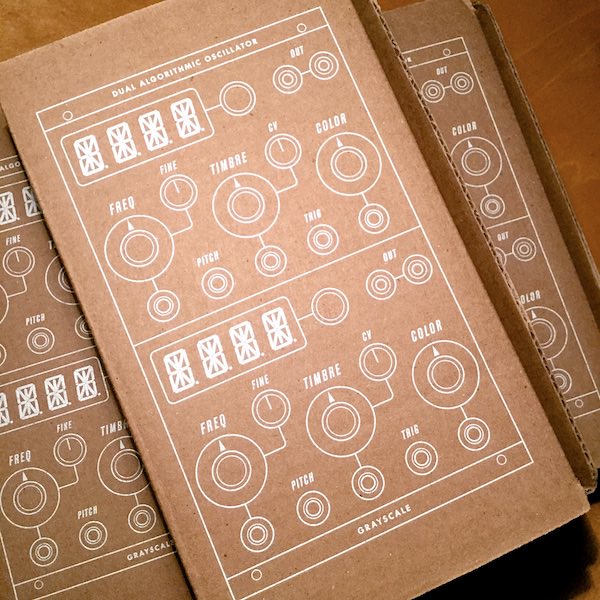 doepferiano
Wiggling with Experience
Posts: 291
Joined: Sun May 10, 2009 9:14 am
Location: somewhere in summertime

I see your pcb files are on your github - any plans to share the panel file too ?
http://soundcloud.com/synesthesia
http://northernlightmodular.com/
Top

just unpacked them. still building out this system so can’t take em for a test drive just yet, but the build quality is on point (as expected given experience with Grayscale in the euro arena).

once this system is ready to go they will be first to get the full attention treatment. Cheers Grayscale! Outstanding job, thank you!! kbrush wrote:just unpacked them. still building out this system so can’t take em for a test drive just yet, but the build quality is on point (as expected given experience with Grayscale in the euro arena).

once this system is ready to go they will be first to get the full attention treatment. Cheers Grayscale! Outstanding job, thank you!!

Seems like a pretty ready to go system to me...or do you think you need a 4th Pendulum Ratchet?
Songs for Buchla
https://www.youtube.com/watch?v=Q_duCVyMwkE
Top

i had that one coming
Top

sempervirent wrote:As of today, most DAO preorders have been shipped. A few will have to wait until next week, but all preorders will be fulfilled by the end of the year.

Any idea how long these will be available? Short run?

Here is the manual if you want to get a headstart :
https://mutable-instruments.net/modules/braids/manual
Scaling can be set during calibration to 1.0 or 1.2 or whatever you like.
Saving is done automatically ..
Top

Got mine today...a worthy addition to the Buchla paradigm!!!
Best,
John
www.johnjpotter.com Started building a few Buchla 200 style modules again - Send a note if you are looking to have a specific module built! WTB: Vactrols.. seeking Excelitas or Vactec VTL5C3 & VTL5C3/2. Thank you - Hope your day is awesome!
Top

Just got mine too, and really liking it.

Can the firmware be updated like the Eurorack version?
Top 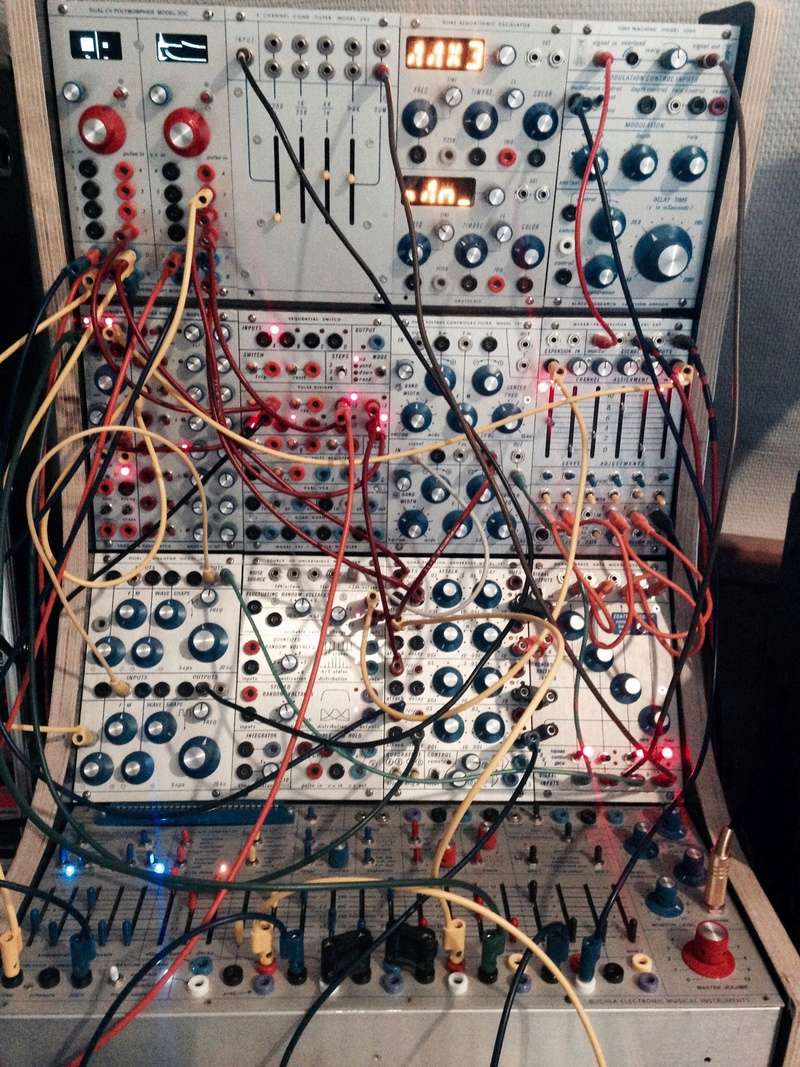 Hey everyone, thanks for posting photos, very cool to see where the modules ended up! Now how about some sounds? (I need to do some more of that myself as well, so that there's an official demo video of the module.)


cyberdine wrote:Can the firmware be updated like the Eurorack version?

The audio update method on Braids uses the FM input, which is a grounded TS jack. On the DAO, the FM input is a banana jack, and a common ground is needed. That means wiring up a split cable (here's one nicely made example) or otherwise splitting a TS jack into separate signal and ground wires that can be routed to the module and your system ground, respectively. This allows you to update the firmware from your computer, phone, etc. As with the Eurorack version, it's critical to get the volume level on the source device just right.

You could also get an inexpensive STLink programmer online, the DAO does have JTAG headers on the back (the FTDI headers were not included).

Updates should not really be necessary though, since all DAO modules shipped with the "final" firmware for Braids (v1.9) and there won't be any official firmware updates in the future. The unofficial alternate firmware (Bees in the Trees) adds a lot of extra features (though it also adds a lot of extra menu diving).

Note that you'll have to recalibrate the module after installing any new firmware (which is fairly simple, check the Braids documentation). The calibration process is the same for the DAO, except that if you want 1.2V/Oct pitch tracking, you would use 1.2V for C2 and 3.6V for C4. If you want to calibrate the DAO for 1V/Oct instead, that's also possible.

The Buchla format is lacking a quantizer ?
Oh...
Top