The 2018 Show Us Your DIY Builds Thread

my first module. 6hp.
it's for op-1 connection to modular system using Teensy 3.6
and for the usb-c battery pack to uzeus and 0-coast.
midi in, analog clock in via expansion 2hp module.

Yesterday I made a RGB tree that can be cv controlled and produce weird sounds, basically a degenerated super warp generator.
Indispensable to give that kitsch touch at every Xmas jam Here's the thing in action:

Wish the best to the whole community!
My patience has a limiter, and it's a Behringer.
Top

Thank u mates, wish a peaceful xmas and blessed holidays to the whole community!

My patience has a limiter, and it's a Behringer.
Top Finished my 3rd DIY case yesterday, today I need to spend hours cleaning up the shop. This used up some old rails & power busses and scrap MDO plywood. Same basic plan as all of my previous cases although rather than scavenging the IEC entry from a PC power supply I sprung for one with a switch and fuse in an attempt to make everythin easier. My wife to doodled on the case with markers. Last shot shows it in place, although I suspect everything is going to change again. That's some nice doodling from your wife. And a nice setup you have too.
Top Finished this a few weeks ago - Finished this a few minutes ago - 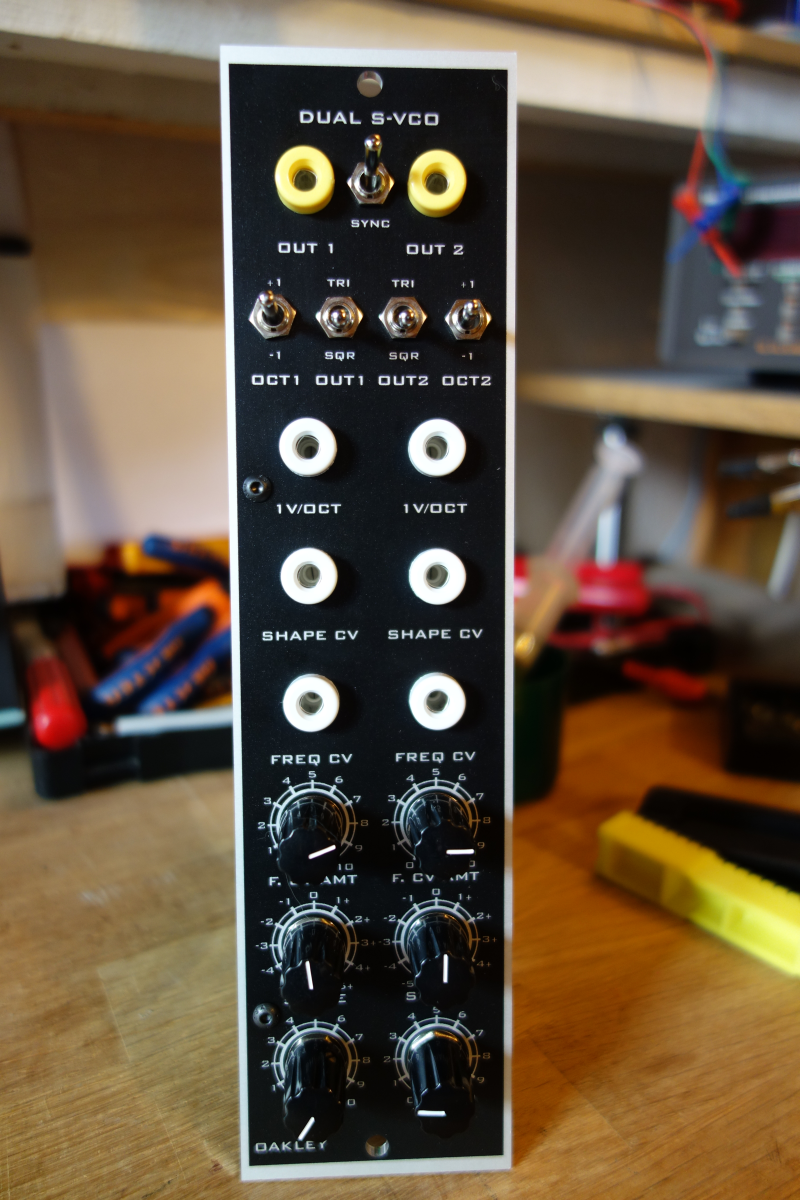 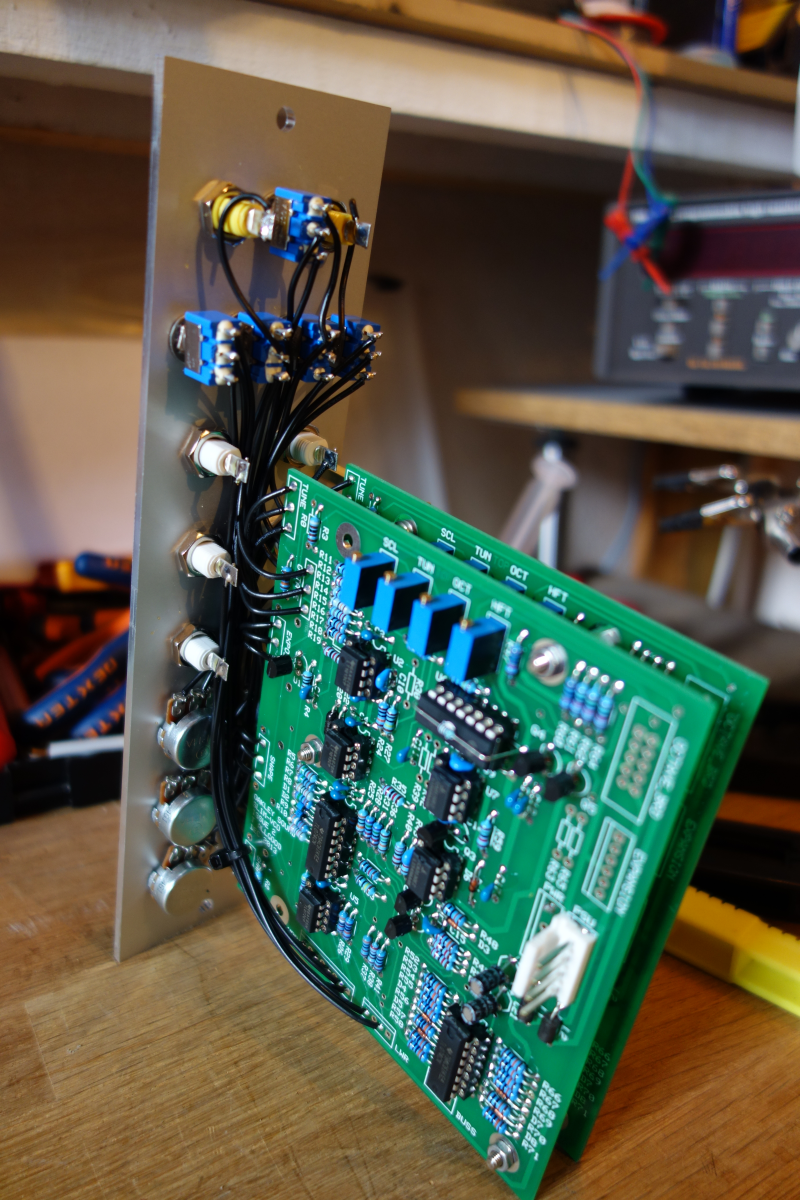 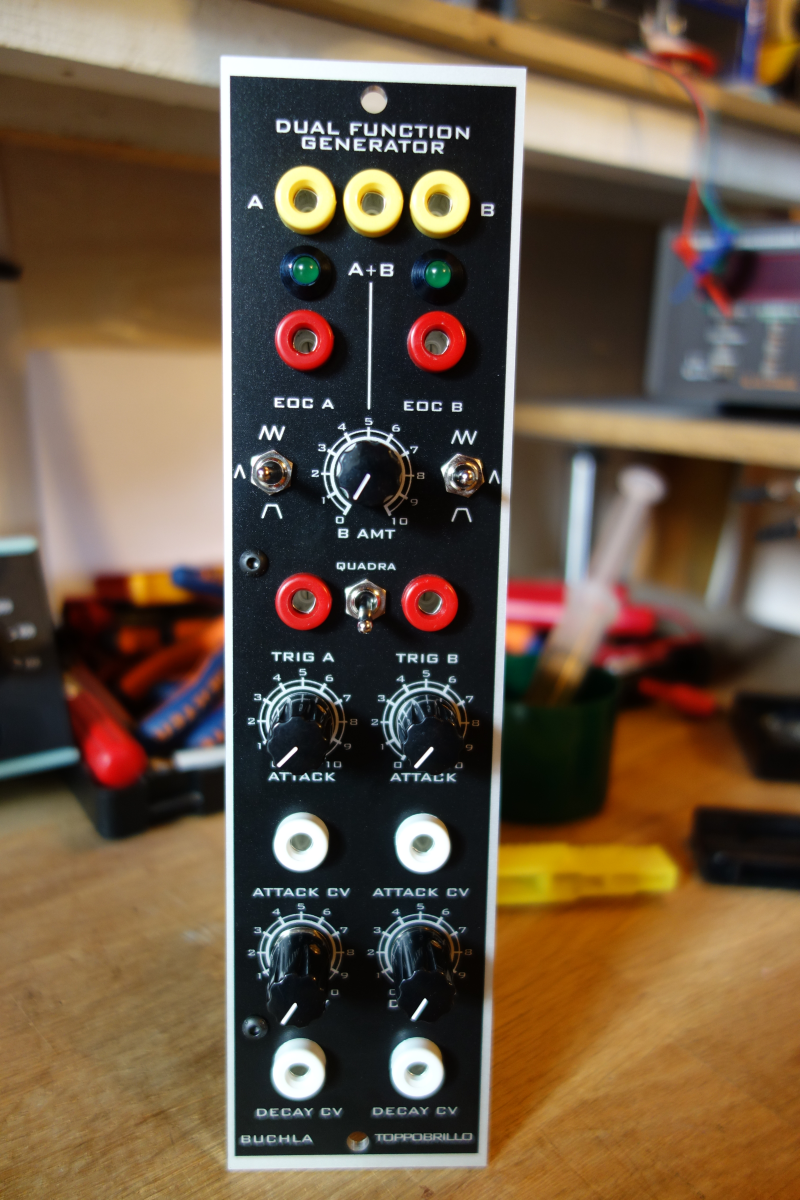 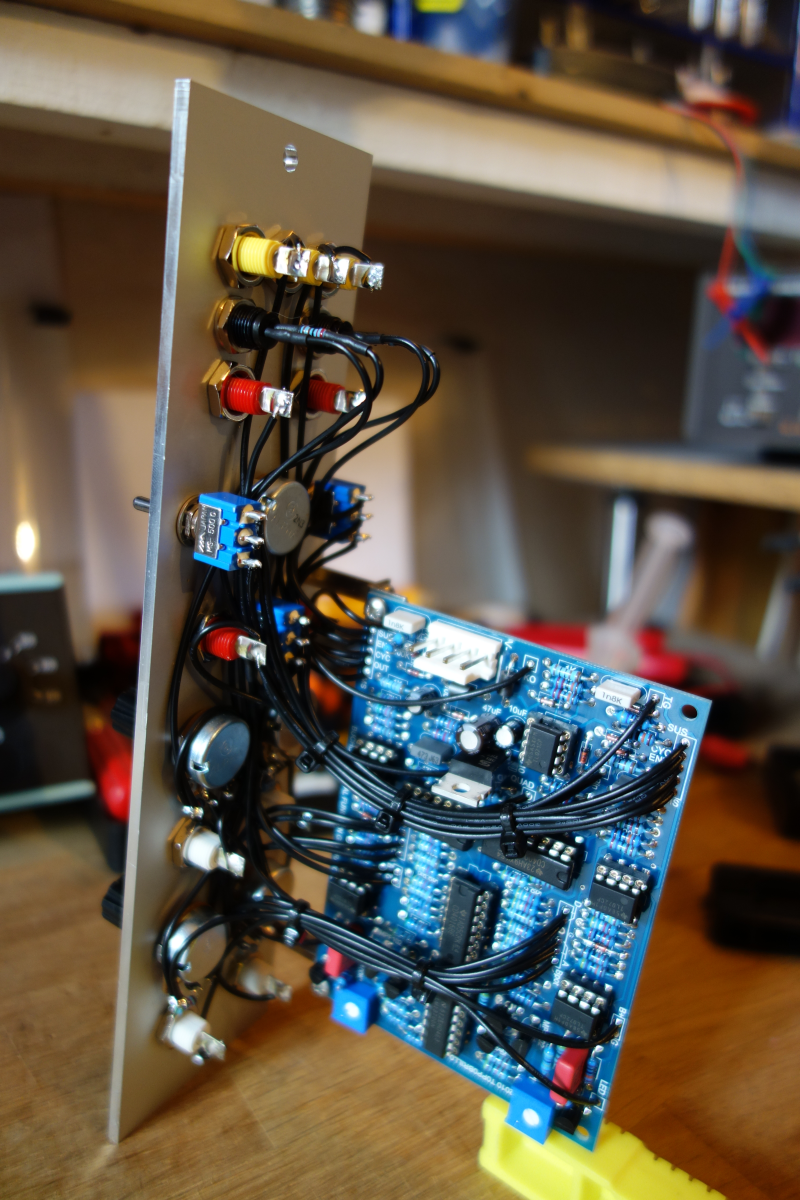 Surprised to see people still posting here. Use this thread in the future - viewtopic.php?t=211671
flickr cloud of sound touyube NOT A MODERATOR ANYMORE
Top

Neutron7 wrote:Poly orgone accumulator and more, based on a teensy 3.6 (uploading from ipad makes pictures up side down? wtf?) This is not a "va" synth, it works in more of a "west coast" way by adding complexity rather than subtracting, though some filters are included, just in case you feel like doing that.

each control has a button to instantly access the modulation and options for that part of the synth.

3 osc + noise (osc 2 can be filter or effect for o1 and noise).
some modes use bleps etc for aliasing. some modes have multiple detuned oscs. oscs have braids-like "2 parameter" plus individual tuning and mixer level, all can be modulated by anything at audio rate.
ADSR with lots of slope shapes and sustain can be modulated by whatever.
3x AR loopable / holdable with lots of slope shapes
LFO per voice.
4x CV in (can do rings sort of poly with 1 CV used as v/oct)
2 gate/trigger in
5 voice poly (currently, it might change with faster or more processors)
12 voice memory
stereo (position modulated by anything, per voice)
2x cv outs to use with external filter and/or effects in "paraphonic" mode.
anything can modulate anything
2x high resolution mod knobs
2x func (eg, mod source x mod source)
some unusual mod sources like cpu load, temperature, etc.

will eventually be a diy project.

That looks incredible! Did it ever get completed?
Top
Post Reply
841 posts