Hi,
Anyone has one? anyone has an opinion on it?
Would appreciate some.
If you got demos of the thing, that would be great too.
It seems to me like this is one affordable analogue frequency shifter in eurorack format.

Interesting that he mentions that the A-110-4 is a good pair.

Has anyone contacted for pricing?
Top

Same here, waiting for a demo with the A-110-4 to see what it does to syntheitc sounds.
Top

I am a bit puzzled but I get the impression that without the 110-4 or generally a quadrature generator you don't have a frequency shifter.
So the 110-4 is integral to that shifter.
I might be wrong though...
Top

Yes, because a frequency shifter needs a thru-zero sine and cosine signal.
Top

what are the advantages to having a frequency shifter that needs an external sine/cosine to work? I guess that just opens up more possibilities to modulate the modulator?
Top

The chips needed to do it compactly are not available anymore. Main reason why some of the more popular frequency shifters are either massive, or digital. You could put the VCO inside it but it would add to the bulk.

Doepfer is redesigning theirs to do the same thing.
Top

Interesting--so this is not a digital frequency shifter? I've read that analog ones can be a pain to keep calibrated. Would that be an issue with this one, or does the drift on those tend to be a product of their onboard oscillators?
Top

Correct, it's purely using the VCO as a means for it to work. They're complex and a pain to calibrate initially, but I don't see how they need regular calibration after that.

Personally I'd just go digital - something like a Deflector Shield or Warps with parasites firmware. They all sound pretty similar.
Top

How similar is this to a RS-240 Bode Frequency Shifter?
Top

It's a dome filter, the core of an analogue frequency shifter. It's the bit that generates a quadrature version of your input signal to allow frequency shifting (see the patch below). Klangbau Köln quote Electronotes and Jürgen Haible but iirc Ken Stone has a design too. Google it for more info (there's some on the e-m forum too).

I'm guessing the decision to omit the modulator is pragmatic and based on cost: Doepfer already have two very reasonably priced options (A-143-9 and A-110-4).

There used to be a quadrature VCO IC, but the Walmsley design that the Doepfer ones are based on are not huge; the A-110-4 has two VCOs on a single 10 x 5 cm TH PCB. Doepfer are redesigning their old frequency shifter because it used a dual VCA chip in its VCO. Interestingly, they say the new version will also rely on the A-143-9, like the Klangbau. The A-126 was not very clean, it had lots of bleed. Klangbau say they use an Analog Devices multiplier, which is relatively expensive (ca. 6 - 9€, depending on quantity).

The multiplier is what might need calibrating on an analogue FS; it has nothing to do with the onboard oscillators. It's not difficult and can be done by ear. The benefit of an analogue FS is when dealing with extreme audio rate shifts.

As Doepfer suggest, you don't need a thru zero quadrature generator as modulator, just a sine/cosine, but TZ sounds interesting - the up and down shifts can 'swap sides'. If you have two sine/cosine signals and a couple of ring modulators you can try this patch:

Very cool--thanks for the info!
Top

Very cool--thanks for the info!

Cant wait to try a variation of this with my available tools and omega phi
https://damase.bandcamp.com/
Top

Another question about this. Would driving the frequency shifter with a resonant filter that has mirrored polarity outputs like Joranalogue's Filter 8 or STG Mankato function the same as the sine and cosine outs of the A-110-4? From what I've read, it seem the A-110-4 is actually more of a filter circuit than a typical VCO circuit.
Top

No, because the cosine isn't just a flipped sine wave.
Top

what do you mean?
Top

what do you mean?

The cosine on the a110-4 is just a sine 90 degrees out of phase. Simply flipping a sine won't give you a cosine. 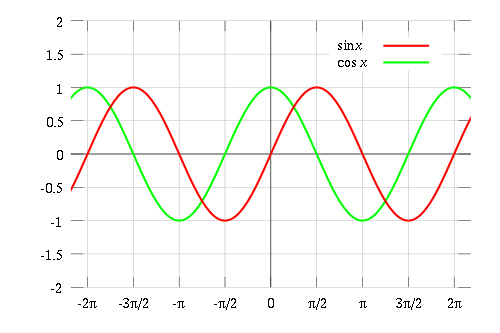 Buttons ARE toys wrote:Another question about this. Would driving the frequency shifter with a resonant filter that has mirrored polarity outputs like Joranalogue's Filter 8 or STG Mankato function the same as the sine and cosine outs of the A-110-4? From what I've read, it seem the A-110-4 is actually more of a filter circuit than a typical VCO circuit.

Looks like it, yes - they offer quadrature outputs, so if the sines have the same volume and shape it should work.
FS EU: Sequentix P3, Euro, DIY/Mods

Shledge wrote:The cosine on the a110-4 is just a sine 90 degrees out of phase. Simply flipping a sine won't give you a cosine.

Okay, so either of those filters should still be able to drive the shifter, I'd just have to use outputs that are 90 degrees out of phase.


Navs wrote:Looks like it, yes - they offer quadrature outputs, so if the sines have the same volume and shape it should work.

Filter 8 has a compensation switch that matches the amplitude from each phase output, and they are all quite pure sines. Could be a pretty cool combo. I've never cared much for the limited frequency range on the E560 or Warps' frequency shifter.
Top

does this one (or any?) track v/oct when modulating the frequency? sending a sequence into the 'effect' jack, which i assume is the carrier frequency on the e560, did not track.

i was using it as a send on the DLD and though it gave some pretty wonky sounds, by multing the same sequence going to the oscillator and sending it to the e560, it was not a musical result.

i feel like there may be some limitation with scaling the incoming cv to properly track the frequency of the carrier, but the math is well beyond my knowledge. there didn't seem to be a consistent interval when i was messing with it.

thanks everyone for the informative discussion.
And thanks, Navs, for the great explanation!
I am still curious about some sound examples. If anyone has some, I'd appreciate links

How does this one compare to the one from Encore Electronics?
Top
Post Reply
28 posts