1) the protection glass was not glued correctly at the front plate - was only fixed at one side. This was a nice fiddly job to glue it in position...
Batch 20181211 (4) ... maybe you will check this for further batches

Hi, first post so can't open a new topic yet but both are related to this a bit.

1. Connection to host. I'm unable to either get the configuration tool working completely, or receive MIDI from DAW.

First attempt was from workstation Mac, which is on other end of room. Using an active USB3 repeater cable and a powered USB3 hub, I am able to connect to other USB devices from the Mac, and when I plug in the FH-2 to the hub the C icon comes up.

I can also see it as a device in Live and Audio MIDI Setup app. So far so good.

I open the configuration tool from local html file as advised, in latest Chrome, allow MIDI when prompted and the FH-2 is automatically selected for input/output. Web MIDI status shows OK. Great!

But I'm never able to actually get anything from it and doesn't appear to receive anything on C. The Send Msg button doesn't show anything on FH-2 screen. The Request FH-2 Version button only makes the request but never gets any output in right status box. Same with Upload from FH-2 button.

Also tried sending it MIDI from Live, but it's not receiving even though I can select it as an output.

Thinking my long cable and hub in between the Mac and module was issue, I went through all the same stuff with a Mac laptop connected directly to it via 3ft USB-C cable. Identical results.

I am able to use the module as a host with a controller. The A port works and messages are flying.

2. I somehow managed to push on the displays protective glass and split it in two. Screen is fine... but have a lead on where I could get a replacement?

Re: two issues with FH-2 (protection glass and USB-C connect

I'm not fully working myself, but in terms of cabling I can say the first one I bought (USB-C to USB-A) turned out to be for power *only*. It was nice looking and well rated on Amazon but didn't read fine print that it's just for fast charge of devices and not data at all. It wouldn't connect the FH-2 at all.

I then got an Anker one that seems to do data without issue elsewhere but still having issues with FH-2 as above.

The number and type of cables with the USB-C connector (also used for Thunderbolt3) is insane.
Top

the secret behind cheap USB-C cables ... 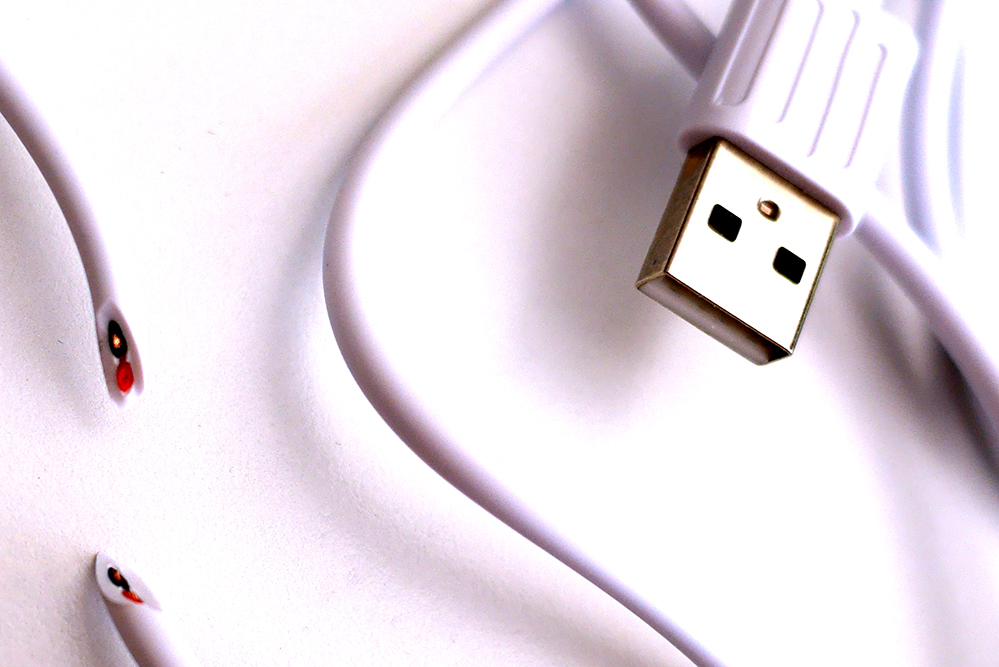 For reference, here are some cables known to work:

Not all USB-C cables are created equally. Also, long cables need to have active electronics inside to be able to pass the data over the longer length.
If you have one of the newer USB-C Apple MacBooks, the cable in box that you use to charge your computer does not pass data.
www.auxren.com
Eurorack: https://www.modulargrid.net/e/racks/view/354864
Buchla: https://www.modulargrid.net/u/racks/view/369974
Top
Post Reply
8 posts • Page 1 of 1