nothing wrong with them

not suggesting there is, but considering how shaky I am with making a cable, I'm sure you can understand I have little faith in my abilities not to short out something and wreck my monotribe. :p
BandCamp Instagram
Top

Ok, I will be selling breakout boxes for Ã‚Â£15 plus post - to be honest it probably only makes sense for UK guys to get from me, as postage overseas is getting ridiculous expensive (about Ã‚Â£9 for tracked) Here is a picture, but note that the box will be a little smaller than the prototype one shown, but in all other respects it will be the same, high quality 3.5mm connectors, approx 60cm lead, if you want to buy one PM me, I won't be making many as they take a while and once you add in the cost of the parts not really making much at all on these.

hi there, straight out of the lurk zone!


Altitude909 wrote: Yes. The only quirk is that when they added 8 more steps, they added them in between the 8th notes, while keeping the time signature the same so if you slave it to a midi clock, it will run at 2x normal time if you want like a normal 16 step sequence

isn't remedied by OS 2.11?
because that would be the main reason for me to install midi. Can someone please check?
Top

No it still behaves the same, you can use something like a midipal as a clock divider though, to be honest driving it from midi rather than syncing the internal sequencer is a lot more flexible. If you just want to clock it you can use a narrow pulse sound into the sync jack.
Drum bank for Elektron Analog Four
http://www.youtube.com/darenager
http://darenager.bandcamp.com/
My Monotribe Mods Blog
Top

i'm clocking the MT from gijs' master clock generator right now, but midi clock would have been convenient for start/stop/continue.

now i have to press play on the monotribe in sync, so that stuff isn't off beat. Maybe i can figure something out on the MCG's arduino...
Top

Here is the proper version of my CV breakout box, came out really nice if I do say so myself. I'm guessing the video being 3:03 long isn't a coincidence?

Haha Darren, we must think alike. Same 3.5mm jacks and everything

For ppl in the US/CA: Same Deal as Darenager 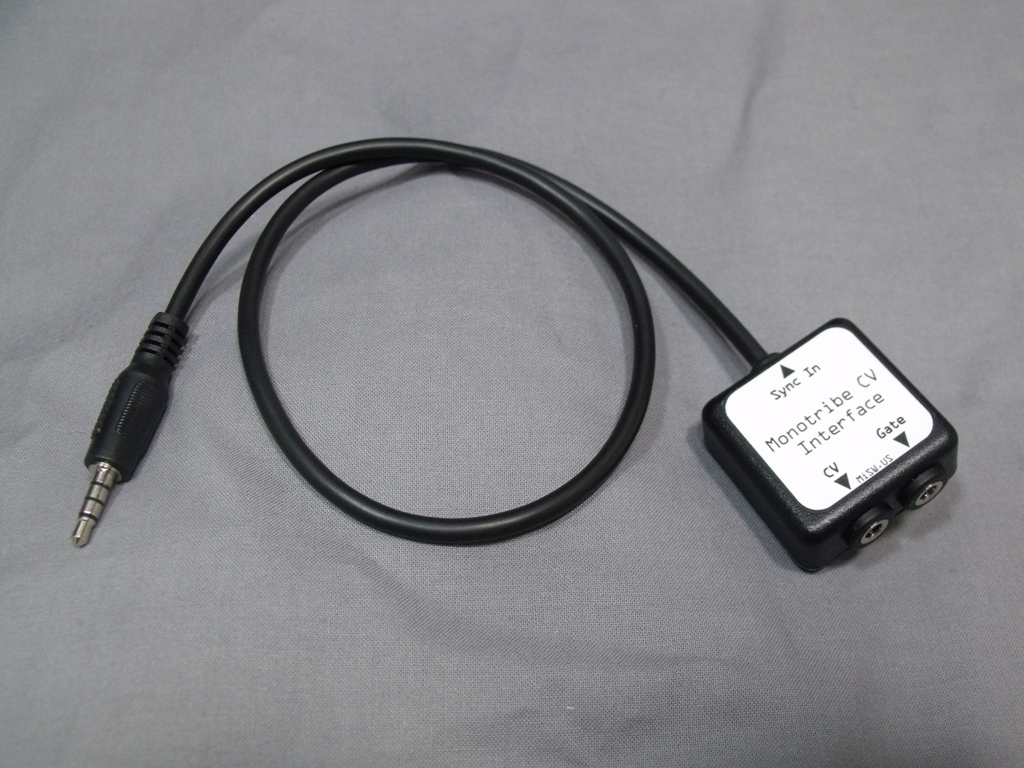 Ha! Yeah those sockets are very nice, Tom Bugs put me onto them a while back and I use them quite a lot now, the ones with the slotted ring do my head in, the tool for tightening them is IMPOSSIBLE to find here, I even spoke to the UK distributor, and they did not know where to get it

Besides, these ones look a lot neater and have a much better contact with a range of different plugs I've found.
Drum bank for Elektron Analog Four
http://www.youtube.com/darenager
http://darenager.bandcamp.com/
My Monotribe Mods Blog
Top

just tap the holes, makes installing them a snap and they can't rotate. it's a m8x0.75 thread and i use a 9/32" pilot in plastic
Top

Oh no I meant the type in this pic, the ones we used are fine.

These are the ones I used, think yours are this type too right?

hm. so i installed fw 2.11 and set up and calibrated the cv/gate inputs for v/oct and v-trig. they do work, but cv control seems a little odd. when controlled by external cv, the tribe behaves as if there was some kind of portamento/slew involved. i also find this in the midi output stream: it has all these pitchbend messages where there shouldn't be any.

i've tried several different voltages sources - including my trusty kenton pro solo ii, which works very well with anything else i use it with.

are you guys experiencing the same behavior? any idea what i could do about it?
Top

bartleby
try switching to the KEY mode if set to NARROW. (or otherwise)
Witness 60 minutes of audio-visual industrial psy-techno
jam-offering (and press like so this wipes away minecraft
videos clean from the trends and we get to see
some proper rave action there, FINALLY): 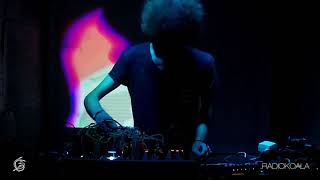 radiokoala wrote:bartleby
try switching to the KEY mode if set to NARROW. (or otherwise)

i tried - but that switch doesn't seem to have any effect on how my tribe reacts to incoming cv/gate.

so, you're not seeing this behavior on yours? like a very fast portamento whenever you play a different note - and pb on the midi output when you're really just playing straight notes?
Top

I think the PB is always sending, could be due to non exact CV values, I'll do some tests later, the flaky CV could be a slightly dodgy connection in the 4pole jack, I noticed the first one I used the width of the insulating rings was slightly off compared to the one I'm using now, and the CV seemed to fluctuate a bit, rather like slight fast vibrato.

I'll look into it and post back tonight, it would be handy if a few of us did it to get some kind of baseline indication, I will test a few of my monotribes to see if there is any variation.
Drum bank for Elektron Analog Four
http://www.youtube.com/darenager
http://darenager.bandcamp.com/
My Monotribe Mods Blog
Top

Also make sure that the range switch is set to 16 when performing the calibration, I tested the pitch accuracy of mine using TC electronic polytune and got like 6 or 7 octaves of spot on accuracy. Follow the calibration exactly as in this video.

darenager wrote:I think the PB is always sending, could be due to non exact CV values. (...) the CV seemed to fluctuate a bit, rather like slight fast vibrato.

nope, i don't have that on mine. once the attack phase is over, mine is completely stable - both the tribe's pitch and the midi output. i get a portamento/glide-like sound a short burst of pitchbend messages only immediately after pressing a new key. obiously, the effect is more pronounced, the greater the interval between two consecutive notes. but after that, pitch and midi are stable.

re calibration: i did it as described in your video - except i don't quite understand what the bit about pressing "c4" and "c5" is about. what you're calibrating is the tribe's response to voltages, not to midi notes. what voltage corresponds to what note depends on how you set up your midi-to-cv/gate interface.

i used the first octave that i set up to be converted into cv on my kenton - i.e. the voltage range between 0v and 1v - for calibration. it tracks very reliably over all the octaves there are on my kb. so voltage calibration doesn't seem to be the problem.

maybe it does have to do with the trrs adapter i'm using...
Top

Yeah the C4 and C5 is just lifted directly from the pdf, and probably relates to the King Korg, I used around the middle range, the main thing is to press the note before pressing play else it seems to get confused. It might also be worth trying recalibrating say between 2v and 3v to see if it makes a difference.

By PB always sending I meant on each note, rather than continuosly. I will hook up a midi monitor later and check as I have not looked since changing my cable, maybe it will be the same maybe (hoping) not.
Drum bank for Elektron Analog Four
http://www.youtube.com/darenager
http://darenager.bandcamp.com/
My Monotribe Mods Blog
Top

Just tested mine, it seems that on every NEW note sent PB is sent for a few lines then if the same note is pressed no PB, but change to a different note and PB is sent again, this is regardless of a CV input note or a local keypress on the ribbon (in key mode).

Edit, so yeah pretty much the same as yours

darenager wrote:Edit, so yeah pretty much the same as yours

yup, pretty much exactly the same.

so i guess it's not a malfunction of my particular unit, or my mdidi-to-cv/gate converter, or the adapter cable i'm using. it's just how this thing works.
Top

Yes seems so, as I said earlier I did get some weirdness on the note sounded like a wavering with the first cable I tried, since changing it the pitch is stable.
Drum bank for Elektron Analog Four
http://www.youtube.com/darenager
http://darenager.bandcamp.com/
My Monotribe Mods Blog
Top

all this work and no one has figured what the deal is with R195 and the star..
Top
Post Reply
1009 posts