The idea of such topic raised long ago when I studied graphic editors and played with lots of fonts and got some interesting observations I'd like to share to public and there is nothing to hide.
First of all I'd like to say that the whole information below presented only for fun or just in information/educational purposes but could be interesting for wigglers who are familiar with graphic arts and so on. Most of the fonts below are strictly copyrighted as a font or as a part of the logos themselves so please:
1) purchase them if you use them

2) don't rip others artwork.
Everything is up to your conscience.


This topic also was inspired by some other topics from this forum on which I will make some links.
Your comments and additions to this topic are also welcome as well!

1. Buchla fonts were discussed at this and this topics. My observations came to the following:
The labels are written with:
Akzidenz-Grotesk BQ Medium-Condensed-Italic Earlier it was considered it was likely FF Hydra

However finally it was found it was Grotesque No. 9 SH Bold Condensed Italic OT (still with some letters changed).
More info here:
http://myblogitsfullofstars.blogspot.co ... ainty.html 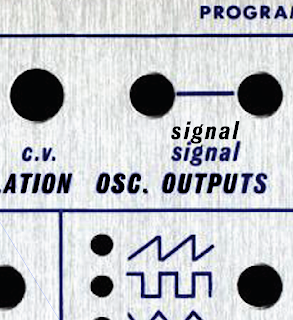 Roland fonts... Started to discussed here
The most earlier SH synthesizers had a SYNTHESIZER inscription made in oldstyle font called Data70 from ITC corporation. Probably some can find other fonts which are very similar the looks like Data70 since were copied from it. Generally, this is typish 70-80s font Then some TR-machines like 606 or 808 began to produce and Data70 was changed to Serif Gothic from from the same ITC corporation.
The famous "Computer controlled" was written on everything but also used at some System100 modules Some letters like 'e' were changed, probably, due to copyrighted purposes. .
The inscriptions with this font type we can also find at some D50 or JV-series synthesizesers The inscriptions like 'Drumatix' or 'Bassline' probably were drawn from scratch.

The later font used in Juno series is so popular and that's why worth the separate post.
Top

The later arised Juno series seems use very popular at those times Microgramma D family fonts. Is also known in cyrilic adaptation as 'Micra font' as easily being found and downloadable at google

That was really interesting how many logos were incorporated with this font! 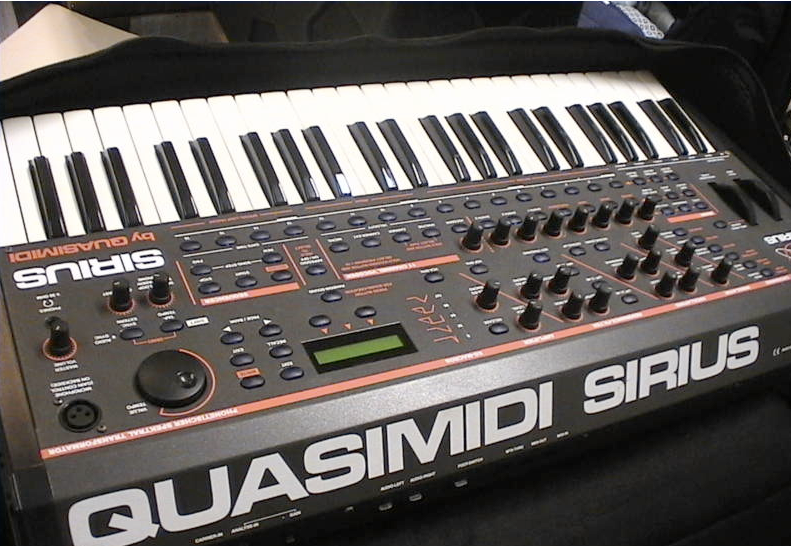 Sequential Circuits used Amecan Uncial font at their company logo and in some products like Pro-One or Prophet (profit?

All regular labels - not logos - are usually Helvetica or a variant.
Top

my fave of all time has to be the sequential circuits one used in the late 70's/early 80's:

Re: Famous fonts used at synthesizers

ultrashock wrote: The caps text in the the headlines and bottom text is Futura

Later Serges have been printed in ITC Eras

As a former typesetter (digital and letterpress) and always synthdork, I heartily approve of this thread.
http://lifeofsaturdays.bandcamp.com/
Top

nlaudadio wrote:As a former typesetter (digital and letterpress) and always synthdork, I heartily approve of this thread.

As a professional designer and one who loves typography, I concur.

MOTM font for all labels is Akzidenz-Grotesk BQ Condensed and it was NOT FF Hydra-book as was said above.


pittsburgh modular font uses
Impact-Label
but there are also close ones I found are from the PRINTF family and Laber Gun, but still it's not exactly they.

The logotype of Analog solutions seems like TapeGun free one or Architype family commercial one but previously it was Bank Gothic from the 1930s... I really like this thread
works for Darkplace Manufacturing
Top

Re: Famous fonts used at synthesizers

As does the Buchla 200e.
Chris Muir
Personal -http://www.xfade.com
My Jobby -http://www.eardrill.com (Jobby = less than a job, more than a hobby)
Top

Many thanks for this thread! my favourite font is called "dungeon", i wish someone would use it on a synth! i have my OS and all my apps using it, it's on my website and my business card!

nlaudadio wrote:As a former typesetter (digital and letterpress) and always synthdork, I heartily approve of this thread.

while i enjoy the examples, may i add...

they're not fonts!
what that is… is recreational dirty stuff.
Top

It's painfully clear most of these designs choice were done by electro/synth freaks and not graphic designers. (Pittsburg...please

) However beeing a general-purpose nerd myself...I do like all those sci-fi typefaces

Zenn wrote:It's painfully clear most of these designs choice were done by electro/synth freaks and not graphic designers. (Pittsburg...please

btw, there was some old modular from which the Pittsburgh was inspired itself most likely... I saw the news about Vienna technishen museum (matrixsynth post) and then I shot this modular myself: big resolution photo with some modules very similar like in Pittsburgh style.

probably, lots of lab equipment was labeled in such way back in time, but the modular identification is still needed!
Top

). The bold version is used for the Quasimidi Polymorph and Rave-O-Lution 309.

I'm missing a famous typeface that was used for the Minimoog and Andromeda - Century Gothic.
Top

so how come one font can have three different names then? how are you supposed to know what the original is? i always knew it as dungeon (since i found it on the deviant art site around 2001) and have been using it ever since then. surprised to know there are different versions!
Top

Babaluma wrote:so how come one font can have three different names then? how are you supposed to know what the original is? i always knew it as dungeon (since i found it on the deviant art site around 2001) and have been using it ever since then. surprised to know there are different versions!

I believe that preliminary this font was developed as Serpentine family by Monotype Imaging in 80s. But very often some designers redraw or remake these fonts from scratch just do not have problems with copyrights.
As a result there are lots of almost same outlines typefaces but with less letters set, worse kerning etc.
For example, this is a freeware version of Serpentine aka TrSah Dungeon . Some interesting note that Eaglefonts website do not shares copyrighted font faces.

The logo I believe it was probable handrawn first then someone make some moogish fontfaces. BTW, Clavia' Nord leads has very similar outlines as Moog